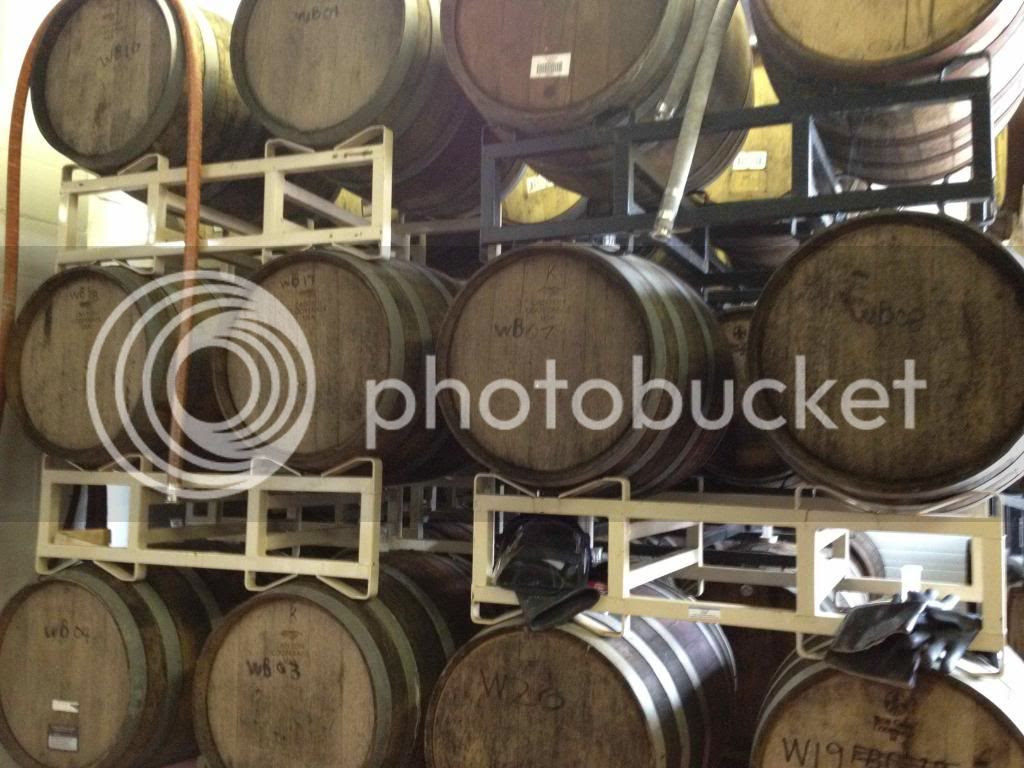 Third stop on our Anti-DLD Brew Tour was Bell's Eccentric Cafe in Kalamazoo, Michigan. Directly south of Grand Rapids, I had thought for a half minute that I might just bike down to Kalamazoo while my friends drove. Unfortunately, the beautiful bike path that heads directly north of Grand Rapids, does not go south :( So I would have been taking my chance at roads that I'm unfamiliar with. Not the best idea for a solo cyclist! Which is how I ended up on the bike path heading north while my friends slept in that morning!

But I digress! Once I was back to the hotel and showered, we made our way to Kalamazoo. There, we met a friend who had originally planned to join us, bailed last minute, then decided to come late after all! The restaurant area was super cute, with two outdoor beer gardens (one with tables, the other with grass). The interior was very cutely decorated. They must have named the cafe for the decorations, since they were quite eccentric, indeed! 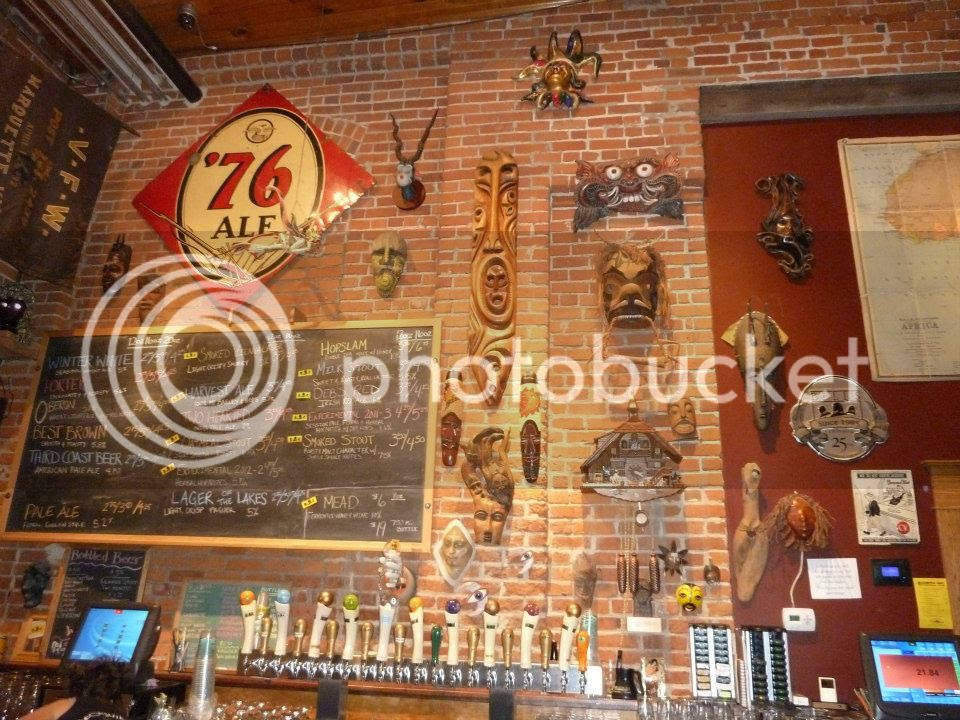 They had an assortment of delicious food items to nosh on while you enjoyed your beverage (which I think they rotate, since I had gone back perhaps 2 months later and the menu looked different). Of course, since there was a large group of us, we ended up doing the thing where we ordered a pour of everything on the menu so we could try everything. At the cafe, not only do they serve seasonal favorites, but they also serve some of their experimental beers, which don't have names yet. If the experimental beers are popular in the cafe, then they look into mass-producing it for general distribution. Pretty cool to be able to "help" them pick their good beers!! 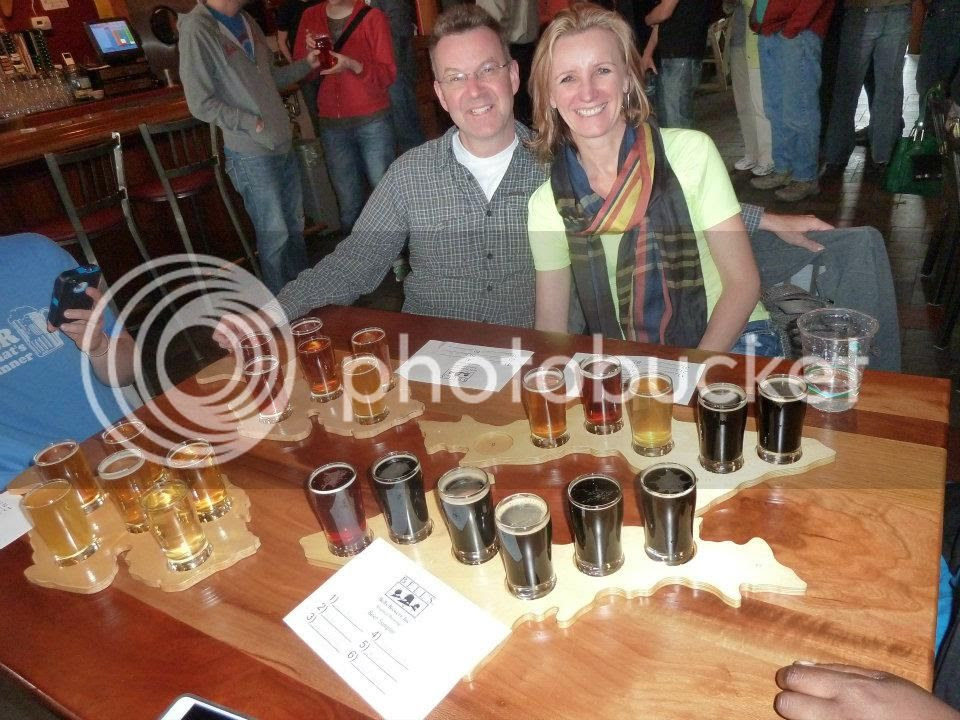 While we were there, we also took a tour of the facilities. Since the company has gotten so big, they actually do much of their brewing off-site now. But they do still have the original facilities as well. Our tour guide did a great job telling us about the awesome brewing process and the history of the company. 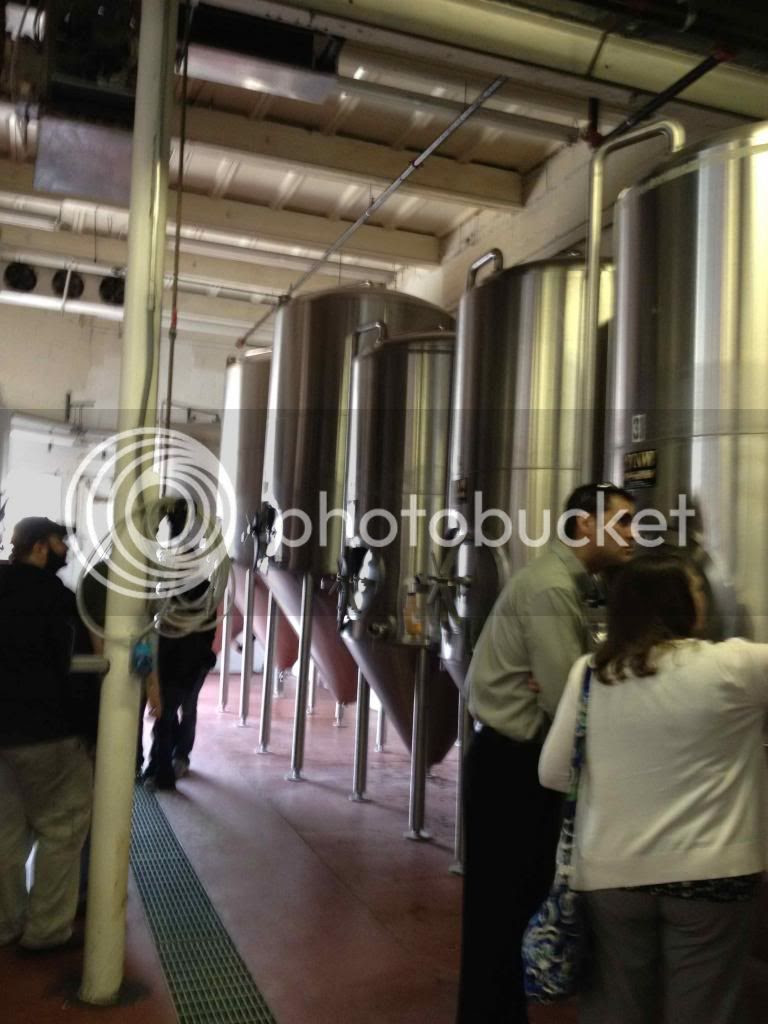 When we were done at the Eccentric Cafe, we went over to the General Store, which was on the other side of the building. There, you could purchase all sorts of Bells schwag, home brewing ingredients, and beer by the bottle, six-pack, or case! Since we were staying at a nearby hotel that evening, we bought assorted six-packs so that we can try everything in bottles, that they didn't have at the cafe. (As well as buying more bottles of the beers we liked from the cafe). Of course, I also had to buy a Bells cycling jersey since I was inspired by my ride that morning!

This stop also wins the prize of being our most fun stop. The atmosphere at the Eccentric Cafe and the tour was just a lot of fun. Of course, bringing random six-packs back to the hotel and drinking them in the hot tub sure helped as well! We were able to then stop back at the General Store on our way out of town to pick up more of whatever we decided were our favorites.

Between the beers we sampled at the Cafe as well as those we tried bottles of, I think my favorite was the Expedition Stout. It was quite rich and full-bodied. I also quite enjoyed the Kalamazoo Stout and, to my surprise, the White Winter, which is a fairly light beer. Usually I hate wasting calories on light beers, haha! It's also hard to go wrong with the Hopslam and Two Hearted. I definitely went home from there with a case of the Expedition, and assorted six-packs of my other favorite beers!