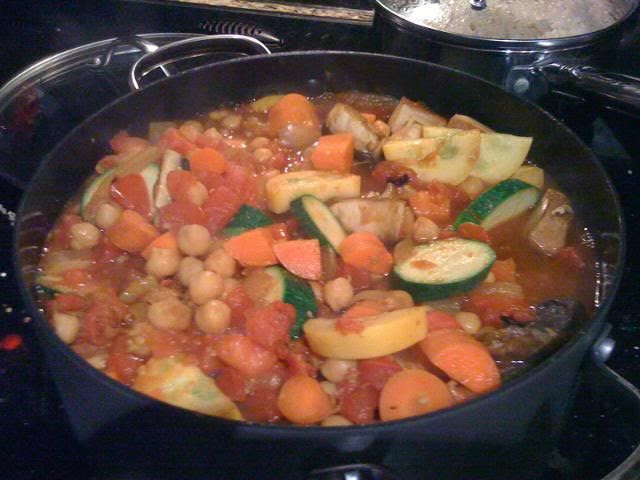 Here, I present you with the tagine recipe we made at last week's Sunday dinner! We borrowed the recipe from a Weight Watchers cookbook, but with a few variations:
The dish ended up being delicious, and my friend's big, meat-eating, tomato-hating husband approved of it! Definitely a good recipe in my book :) Next time, I may just use the tomato paste method instead of veggie broth since it turned out so well. I also like the addition of the portobellos and the replacement of the couscous with quinoa. I might leave out, or reduce the amount of zucchini/squash; or perhaps just pick smaller ones, since they didn't add all that much to the dish. I will definitely do the mint and pistachios next time, just to see how it would change the flavor of the dish. Also, doubling the recipe yields a LOT of food. Next time, a single recipe is probably good enough for 4, especially when served with a starter salad and dessert ;-) 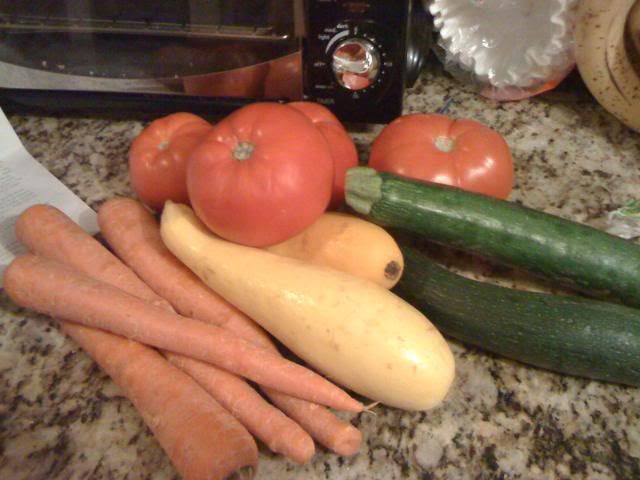